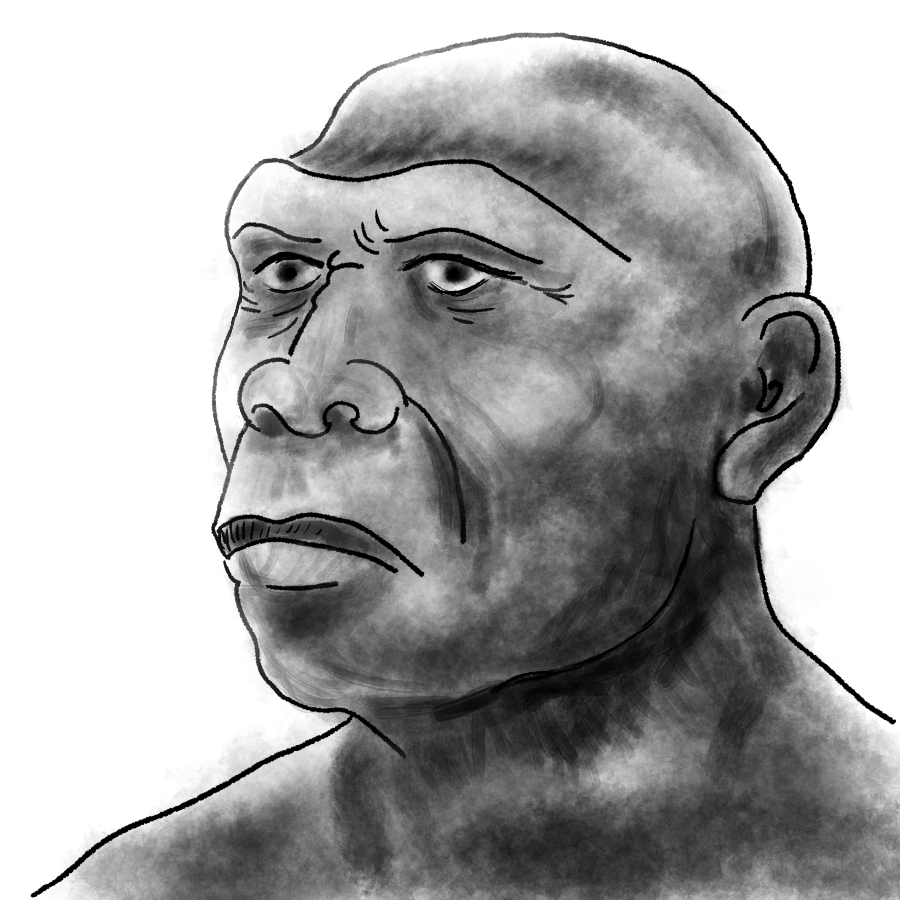 It happened in 1891 and 1892. The Dutchman Eugène Dubois (1858-1940) found human remains on Java at a bend of the Solo River. These shook the academic world to its foundations. Pithecanthropus erectus was the name Dubois gave to the new human species. Others spoke of the Java man. Scientists were divided by this. Why actually? And why is nobody talking about this Pithecanthropus erectus or Java man anymore?

The search for the missing link

The commotion caused by the Java man

Dubois left for Indonesia to find this missing link. Despite the skepticism and lack of cooperation from his environment, he worked resolutely on Java to excavate a half-million-year-old layers in the earth. There he found a skull cap with a special shape; with an elevation at the eyebrows and an almost horizontally rising top from there. Despite this, the contents turned out to be much larger than possible for a monkey. In addition, he found a leg that indicated that this distant ancestor walked upright. Reason enough for Dubois to claim the finding of the the missing link. But of course there was skepticism. "Too much monkey" or "too much man" judged many scientists. Or: “Who says bone and skull belong together?”

The advancing insight around the Java man

More finds followed around the world. That of the closely related Beijing man was very important, but so were the countless finds in Africa. The differences between them were so small that in the middle of the twentieth century paleoanthropologists grouped them all under one heading: homo erectus. And that's what the Java man of Dubois is called today. The discoverer is recognized worldwide in professional literature as a pioneer in paleoanthropology and the initiator of groundbreaking insights into the origin of man. Eugene Dubois. Remember that name, because the man has deserves it.

The finds that Dubois made at the Solo River can now be seen in Naturalis, the national research institute for biodiversity in Leiden. Two of them belong to the top pieces of the collection. The first is the famous skull cap of the Java Man or Homo erectus. The second is a shell with incised geometric patterns about half a million years old. It wasn't until 2008 that a scientist discovered these oldest known man-made inscriptions. Another sensational item in Naturalis is the lifelike reconstruction that artists Adrie and Alfons Kennis made of a homo erectus.

If you are interested in Dubois and want to know more about him, you can go to Museum het Ursulinenconvent. A permanent exhibition there informs visitors about the life and work of this brilliant and persistent scientist.